Failure is the Mother of Success - Chinese Calligraphy Wall Scroll

We have many options to create artwork with Failure is the Mother of Success characters on a wall scroll or portrait.

1. Failure is the Mother of Success

2. Any success can not compensate for failure in the home

4. Bounce Back / Stage a Comeback

7. Experience is the Mother of Wisdom

8. Failure in Not an Option

9. Failure is Not an Option

10. Failure is the Origin of Success

11. Learn From Your Predecessors

13. No arrogance in victory, No despair in defeat.

14. Do not fear being slow, fear standing still

16. Failure is a Stepping Stone to Success

18. Each Time You Stumble and Fall, You Gain Experience and Wisdom

Failure is the Mother of Success

This Chinese and Korean proverb means, "Every failure that you experience is a chance to learn from it and find success."

Knowing what does not work is just as important as finding out what does work.

See Also:  Experience is the Mother of Wisdom

Failure is the Mother of Success

This Japanese proverb means exactly what you think.

Every failure that you experience is a chance to learn from it and find success.

Knowing what does not work is just as important as finding out what does work.

Note: This is the Japanese version of an ancient Chinese proverb.

See Also:  Experience is the Mother of Wisdom

Any success can not compensate for failure in the home

This Chinese proverb could also be translated into English as "No success can compensate for failure in the home."

Also, the word for "home" can be exchanged with "family."

This Chinese proverb literally translates as: Receive on blow, [and one] learns a lesson; Receive ten blows, [and one] becomes a great Zhuge [Liang].

You must first understand that a man named Zhuge Liang was one of the great strategists and philosophers in Chinese history. He's known as a man of great wisdom.

Figuratively, this phrase means:
One can learn much from failure or "hard knocks."

Bounce Back / Stage a Comeback

東山再起 is a Chinese proverb that means, "make a comeback," or "resuming after a failure."

It's sometimes used in terms of losing a job and then getting it back. However, it applies to any kind of comeback after difficulty.

The literal meaning of this Chinese idiom is, "[The] Eastern Mountain Again [will] Rise."

This Chinese proverb literally translates as: [Even a general who has won a] hundred victories [may be] hard put to see through the enemy's [strategy], [but one who has] broken [his] arm three [times] [will] be a good doctor.

Figuratively, this means: One cannot always depend on past successes to guarantee future success but one can always learn from lessons drawn from failure. 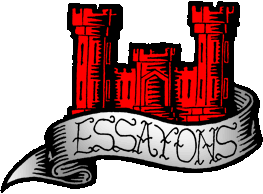 嘗試 is a close match for the English phrase, "let us try" or the French word "Essayons" as used by Combat Engineers in the U.S. Army.

嘗試 can also be translated as "to try" or "to attempt."

Even if you're not a Combat Engineer, this word should inspire you to attempt to accomplish difficult things. If you don't try, you are certain to fail, if you do try, at least there is a chance of success.

Experience is the Mother of Wisdom

This Chinese proverb makes the simplest connection between experience and wisdom.

Failure in Not an Option

This is probably the best way to say, "Failure is not an option," in Chinese.

Just don't forget that some ancient Chinese proverbs suggest that failure is a learning opportunity that leads to success or innovation. So don't plan to fail but failure is only a waste if nothing is learned from the failure.

See Also:  Failure is a Stepping Stone to Success

Failure is Not an Option

This means, "failure is not an option," in Japanese.

This can also be translated as, "failure is not allowed/acceptable."

Failure is the Origin of Success

This Japanese proverb literally reads, "failure/mistake/blunder/defeat is the origin of success."

Basically, it suggests that failures or defeats are a necessary part of success.

This is often translated as, "Failure is a stepping stone to success."

Note: There are a few similar variations of this idiom in Japanese.

See Also:  Failure is a Stepping Stone to Success

Learn From Your Predecessors

When the cart in front overturns, be cautions with your own
qián chē zhī fù hòu chē zhī jiàn

This Chinese proverb suggests looking at the circumstances and toils of those you proceeded before you, and learning from their experience.

This more literally means, "the cart in front overturns, a warning to the following cart."

This is figuratively translated as, "draw lesson from the failure of one's predecessor," "learn from past mistakes," or compared to the English idiom, "once bitten twice shy."

Other more-direct translations:
Make the overturning of the chariot in front a warning for the chariot behind.
Learn caution through an unpleasant experience.
The wrecked coach in front should be a warning.
The overturned cart in front serves as a warning to the carts behind.

Another way to look at this: One cannot always depend on past successes to guarantee future success but one can always learn from lessons drawn from failure.

No arrogance in victory, No despair in defeat.

This is a Chinese proverb suggesting you should have no arrogance when you experience a victory and not to despair in failure or defeat.

Do not fear being slow, fear standing still

This Chinese proverb literally translates as: Don't worry about being slow; only worry about standing still.

Figuratively, this means: A slow progress holds some promise but to stand still promises failure.

This Chinese and Japanese word for "success" is often used to refer to "career success" but is also used for other successes in life.

It matches the western dictionary definition of "The achievement of something desired, planned, or attempted." And it's also used it this old Chinese proverb:

which means Failure is the Mother of Success.

Sometimes this word is translated as prosperity but success, succeed, or successfully are more correct definitions.

Failure is a Stepping Stone to Success

This Japanese proverb literally reads, "failures/mistakes/blunders are the yeast-starter/yeast-mash of success."

Basically, it suggests that failures are a necessary part of success; Just as bread or beer requires yeast to successfully rise or brew/ferment.

Take Up a Challenge

敢て is a Japanese word that can mean a few things related to the idea of taking up a challenge.

It can be defined as daring (to do something), or to venture (often overcoming reluctance), take action (even in the face of probable failure). It can also be to take upon oneself or take up a challenge.

Each Time You Stumble and Fall, You Gain Experience and Wisdom

This Chinese proverb means, "Fall into a moat and you will gain wisdom from the experience."

It really suggests that the failures, troubles, frustrations, and setbacks that you encounter in your life are actually helping you to find wisdom. Some would also translate this proverb as, "Learn from your mistakes" or "Learn from your experience."

If you are studying Chinese, you will recognize the first character as "eat" but in this case, it means to "experience" (as used in this proverb, it is suggesting that you have fallen into a moat and/or had a hard time crossing it).
Literally translated character by character, this whole proverb is, "Experience one moat, gain one wisdom/knowledge."

Note: This can be pronounced in Korean but it's not a commonly used phrase.

狼 is the character used to represent the elusive animal known as the wolf in both Chinese and Japanese.

If you are a fan of the wolf or the wolf means something special to you, this could make a great addition to your wall.

Do keep in mind, that much like our perception of wolves in the history of western culture, eastern cultures do not have a very positive view of wolves (save the scientific community and animal lovers). The wolf is clearly an animal that is misunderstood or feared the world over.

狼 is seldom used alone in Korean Hanja, but is used in a compound word that means utter failure (as in a wolf getting into your chicken pen - or an otherwise ferocious failure). Not a good choice if your audience is Korean.